The health emergency linked to COVID-19 highlighted the importance of hygiene and cleanliness of the environments that we frequent every day, from our home, to the workplace, to our car. Hygiene and cleanliness represent the starting point for living in the best way, as they tend to ward off respiratory disorders, rhinitis, allergies and infections. A simple cleaning operation, however, does not always manage to make an environment truly healthy, especially if it is small (like a car) or frequented by many people. It is for this reason that it becomes essential to sanitize the environments, with specific procedures and techniques.

However, it is important to clarify the difference between cleaning and sanitization (or disinfection). The first must always be preceded by the second.

By cleaning, in fact, we mean everything that concerns the manual or mechanical removal of “visible” dirt of any kind (dust, grease, liquids, etc.), using detergents and / or water. Sanitization or disinfection consists in an intervention aimed at totally or partially destroying the infectious germs present on surfaces and objects or present in the air.

It is in the area of ​​sanitation that Silap offers iJen products that exploit the germicidal properties of UV-C ultraviolet light. When a microorganism is exposed to UV-C rays, the cores of the cells are modified to such an extent that cell division and therefore reproduction are inhibited and the microorganisms destroyed.

The iJen product range is divided into the following series:

UVC radiation is characterized by a marked germicidal effect, with a peak of maximum efficacy at the wavelength of 254 nm.

Germicidal UV is provided by a low pressure lamp that emits UV at the germicidal wavelength (254 nm). At this wavelength, UV destroys the molecular bonds of the DNA or RNA of microorganisms, producing thymine or cytosine dimers, destroying them, rendering them harmless or preventing their growth and reproduction.

DNA serves as a database (or memory) of the life form while RNA regulates metabolic processes within the cell and has a double helical structure that contains 4 types of nucleotides, ADENINE, GUANINE, THYMINE, CITOSINE.

RNA is assembled as a chain of nucleotides, but unlike DNA it is more common in nature as a single strand folded back on itself, rather than a double strand coupled. 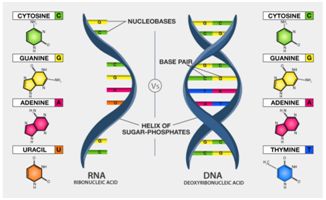 Ultraviolet light damages DNA and RNA by dimerising the molecules of THYMINE-THYMINE or CITOSINE-THYMINE or CITOSONE-CITOSINE, inhibiting the subsequent transcription of the cell’s genetic code. This dimerization prevents cell reproduction.

The degree of inactivation of microorganisms by means of ultraviolet radiation is directly proportional to the applied UVC dose. This UVC dose (measured mJ / cm2) is given by the power of the UVC source (µW / cm2) for the time of exposure to UVC light.

As an example, the table below shows the output power values of our UVC lamps (at 1 m and 10 cm away from the lamp itself) and the UVC dose emitted at 10 cm for 10 sec.

Several scientific researches have studied the behavior of various most common microorganisms (bacteria, viruses, fungi, molds …) when irradiated with UVC light and have determined the UVC dose necessary for different levels of inactivation (microbiological abatement -%) by type of microorganisms pathogens.

The table below shows the indicative values of the UVC dose (mJ / cm2) by type of microorganism:

A recent study by the state university of Milan (June 2020), analyzed the impact of UVC radiation on the new Sars-Cov-2 and noted that a dose of 3.7 mJ / cm2 is sufficient to inactivate and inhibit the reproduction of the virus by a factor of 1000, regardless of its concentration.

Additionally, according to a study conducted at Boston University’s School of Medicine by Dr. Anthony Griffiths and his team, a UVC dose of 5 mJ / cm2 produces a 99% reduction in SARS-CoV-2 related viral load in 6 seconds, while a dose equal to 22 mJ / cm2 in 25 seconds reduces this viral load by 99.9999%.

By combining the data of Tab .1 and Tab. 2 we can obtain the UVC dose necessary to obtain the necessary level of sanitation. For example,

Based on the foregoing, Silap has adopted various testing and verification tools and procedures to ensure the effectiveness and safety of its iJen products:

iJen products are CE certified and have been found to comply with tests carried out by an accredited body in compliance with the following reference standards:

The germicidal ultraviolet radiation is produced by a mercury vapor lamp that emits UV mainly at two wavelengths, 254 nm and optionally 185 nm: